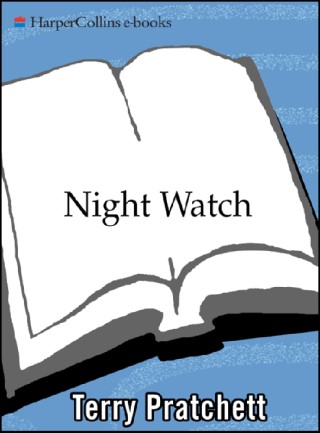 One moment, Sir Sam Vimes is in his old patrolman form, chasing a sweet-talking psychopath across the rooftops of Ankh-Morpork. The next, he's lying naked in the street, having been sent back thirty years courtesy of a group of time-manipulating monks who won't leave well enough alone. This Discworld is a darker place that Vimes remembers too well, three decades before his title, fortune, beloved wife, and impending first child. Worse still, the murderer he's pursuing has been transported back also. Worst of all, it's the eve of a fabled street rebellion that needlessly destroyed more than a few good (and not so good) men. Sam Vimes knows his duty, and by changing history he might just save some worthwhile necks—though it could cost him his own personal future. Plus there's a chance to steer a novice watchman straight and teach him a valuable thing or three about policing, an impressionable young copper named Sam Vimes.