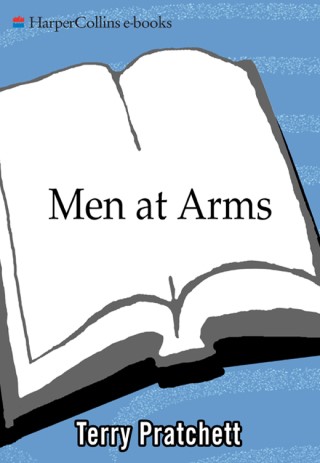 Corporal Carrot has been promoted! He's now in charge of the new recruits guarding Ankh-Morpork, Discworld's greatest city, from Barbarian Tribes, Miscellaneous Marauders, unlicensed Thieves, and such. It's a big job, particularly for an adopted dwarf.

But an even bigger job awaits. An ancient document has just revealed that Ankh-Morpork, ruled for decades by Disorganized crime, has a secret sovereign! And his name is Carrott...

And so begins the most awesome epic encounter of all time, or at least all afternoon, in which the fate of a city—indeed of the universe itself!—depends on a young man's courage, an ancient sword's magic, and a three-legged poodle's bladder.