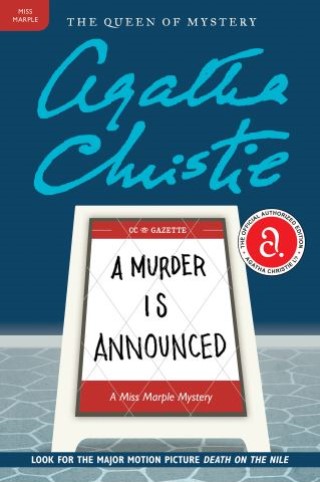 A Murder Is Announced

A Murder is Announced in a small-town newspaper advertisement—and Miss Marple must unravel the fiendish puzzle when a crime does indeed occur.

The villagers of Chipping Cleghorn are agog with curiosity when the Gazette advertises “A murder is announced and will take place on Friday, October 29th, at Little Paddocks at 6.30 p.m.”

A childish practical joke? Or a spiteful hoax? Unable to resist the mysterious invitation, the locals arrive at Little Paddocks at the appointed time when, without warning, the lights go out and a gun is fired. When they come back on, a gruesome scene is revealed. An impossible crime? Only Miss Marple can unravel it.