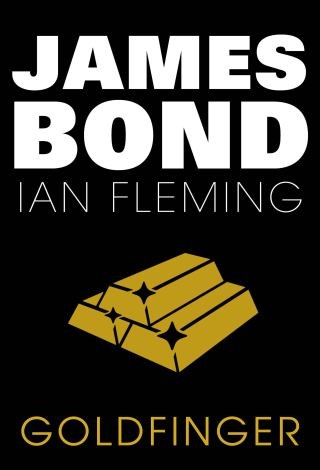 When James Bond exposes the master-criminal Goldfinger as a cheat, he becomes entangled in one of the biggest heists to be perpetrated on American soil—the looting of Fort Knox’s gold reserves. Working from the inside, Bond races against the odds to contact his associate, ex-CIA agent Felix Leiter, and stop Operation Grand Slam.

Goldfinger is the seventh title in the James Bond spy series. It was adapted for a 1964 film starring Sean Connery as James Bond.

Ian Lancaster Fleming was a British journalist, naval intelligence officer, and creator of the fictional British spy, James Bond. Educated at Eton, Sandhurst, and at universities in Switzerland and Germany, Fleming’s failure at the Foreign Office entrance exams led to brief careers with Reuters and as a stockbroker before he joined British Naval Intelligence in 1939. As personal assistant to the director, Fleming excelled, and his wartime service provided ample background for his later Bond stories.

Fleming’s Bond novels and short-story collections are among the best-selling books of all time, and serve as the basis for the highly-successful movie franchise, which has starred such acclaimed actors as Sean Connery, Roger Moore, Pierce Brosnan, and Daniel Craig as James Bond. In addition to the Bond series, Fleming wrote the children’s classic Chitty-Chitty-Bang-Bang: The Magical Car. He died in 1964 of heart disease.