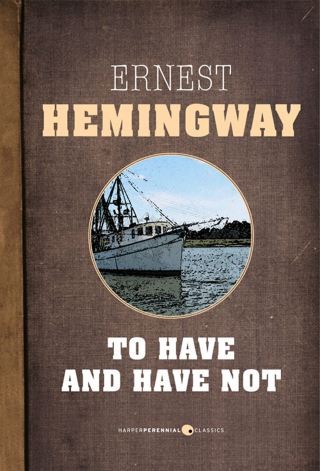 To Have And Have Not

Ernest Hemingway’s biting commentary about life in the United States in the 1930s, To Have and Have Not is one of only two of Hemingway’s books set in the U.S. Harry Morgan is a good man forced by financial circumstances into smuggling Chinese immigrants from Cuba to Florida after his fishing-charter customer, Mr. Johnson, leaves him in Cuba without paying his fare. Originating from two short stories, “One Trip Across” and “The Tradesman’s Return,” To Have and Have Not employs multiple narrators, telling the story from various viewpoints, providing differing opinions and giving an inside view into those who “have” and those who “have not.” The Times Literary Supplement observed, "Hemingway's gift for dialogue, for effective understatement, and for communicating such emotions the tough allow themselves, has never been more conspicuous."

Ernest Hemingway (1899-1961) was one of the twentieth century's most important novelists, as well as a brilliant short story writer and foreign correspondent. His body of work includes the novels A Farewell to Arms, For Whom the Bell Tolls, and The Sun Also Rises. He won the Pulitzer Prize for his novella The Old Man and the Sea, and in 1954 was awarded the Nobel Prize for Literature.