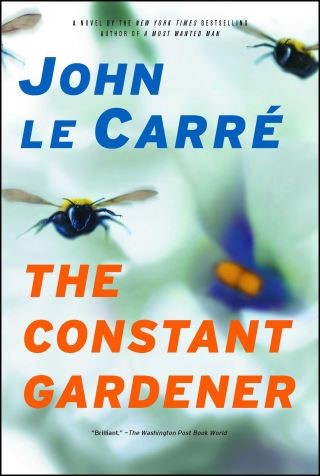 Frightening, heartbreaking, and exquisitely calibrated, John le Carré's new novel opens with the gruesome murder of the young and beautiful Tessa Quayle near northern Kenya's Lake Turkana, the birthplace of mankind. Her putative African lover and traveling companion, a doctor with one of the aid agencies, has vanished from the scene of the crime. Tessa's much older husband, Justin, a career diplomat at the British High Commission in Nairobi, sets out on a personal odyssey in pursuit of the killers and their motive.
A master chronicler of the deceptions and betrayals of ordinary people caught in political conflict, le Carré portrays, in The Constant Gardener, the dark side of unbridled capitalism. His eighteenth novel is also the profoundly moving story of a man whom tragedy elevates. Justin Quayle, amateur gardener and ineffectual bureaucrat, seemingly oblivious to his wife's cause, discovers his own resources and the extraordinary courage of the woman he barely had time to love.
The Constant Gardener is a magnificent exploration of the new world order by one of the most compelling and elegant storytellers of our time.

John le Carre: John le Carré was born in 1931. His third novel, The Spy Who Came in from the Cold, secured him a worldwide reputation, which was consolidated by the acclaim for his trilogy: Tinker, Tailor, Soldier, Spy; The Honorable Schoolboy; and Smiley’s People. His novels include The Constant Gardner, The Little Drummer Girl, A Perfect Spy, The Russia House, Our Game, The Tailor of Panama, and Single & Single. He lives in Cornwall, United Kingdom.