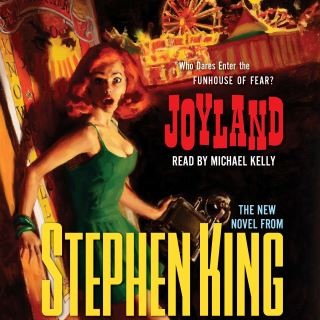 “Joyland is a breathtaking, beautiful, heartbreaking book....Even the most hardboiled readers will find themselves moved” (Charles Ardai, Edgar- and Shamus Award-winning editor of Hard Case Crime).

Set in a small-town North Carolina amusement park in 1973, Joyland tells the story of the summer in which college student Devin Jones comes to work as a carny and confronts the legacy of a vicious murder, the fate of a dying child, and the ways both will change his life forever. Joyland is a brand-new novel and has never previously been published.