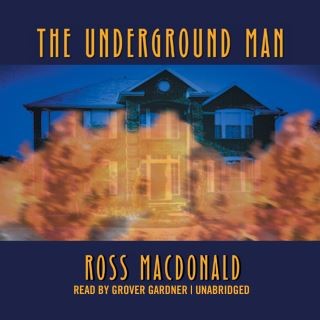 As a mysterious fire rages through the hills above a privileged town in Southern California, private investigator Lew Archer tracks a missing child who may be the pawn in a marital struggle or the victim of a bizarre kidnapping. What he uncovers amid the ashes is murder—and a trail of motives as combustible as gasoline.

The Underground Man is a detective novel of merciless suspense and tragic depth, with an unfaltering insight into the moral ambiguities at the heart of California’s version of the American dream.