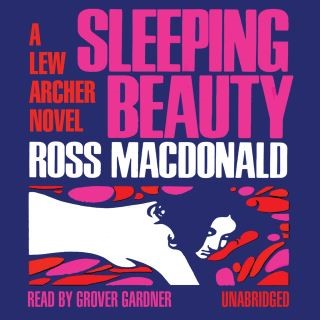 Sleeping Beauty plunges private detective Lew Archer into a fascinating and intricate case connected to a disastrous oil spill on the southern California coast. It leads Archer into a load of trouble involving ransom, a lethal dose of Nembutal, the death of a stranger found floating off shore, and three generations of the imposing Lennox family, whose offshore oil platform caused the spill.

The young Lennox heiress—glimpsed for a haunting moment on the beach, clutching an oil-drenched sea bird in her arms—has disappeared, and while on her trail, Archer finds himself journeying into the hidden lives of a family twisted by money, power, and a compulsive instinct for infidelity.

If any writer can be said to have inherited the mantle of Dashiell Hammett and Raymond Chandler, it is Ross Macdonald. Sleeping Beauty is crime fiction at its best.