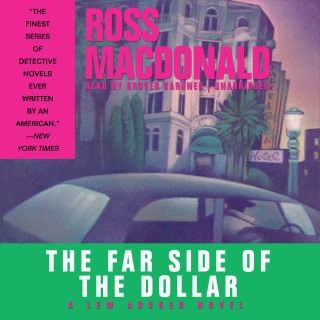 The Far Side of the Dollar

Has Tom Hillman run away from his exclusive reform school, or has he been kidnapped? Are his wealthy parents protecting him or their own guilty secrets? And why does every clue lead Lew Archer to an abandoned Hollywood hotel, where starlets and sailors once rubbed shoulders with tycoons and hustlers? The once-popular palace is now boarded up, but for Archer, it may hold the key to a missing teenager and a hot murder.

Archer knows that a handful of dreamers and losers came together in the Barcelona twenty years ago, but some questions still remain unanswered: What kind of deal went down there? And why were a mixed up rich kid and a beautiful blonde the first to pay the price?