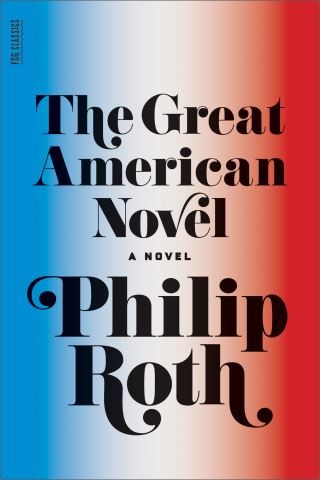 Featuring heroism and perfidy, lively wordplay and a cast of characters that includes the House Un-American Activities Committee. "Roth is better than he's ever been before.... The prose is electric." (The Atlantic)

Gil Gamesh is the only pitcher who ever tried to kill the umpire, and John Baal, The Babe Ruth of the Big House, never hit a home run sober. But you've never heard of them -- or of the Ruppert Mundys, the only homeless big-league ball team in American history -- because of the communist plot and the capitalist scandal that expunged the entire Patriot League from baseball memory.

Philip Roth (1933-2018) was the award-winning author of Goodbye, Columbus, Portnoy’s Complaint, The Great American Novel, and the books that became known as the Zuckerman Trilogy (The Ghost Writer, Zuckerman Unbound, The Anatomy Lesson), among many others. His honors include two National Book Awards, two National Book Critics Circle Awards, three PEN/Faulkner Awards, the Man Booker International Prize, the National Humanities Medal, and the Pulitzer Prize.

In 2005, he was the only third living writer whose books were published by the Library of America. He lived in Manhattan and Connecticut.