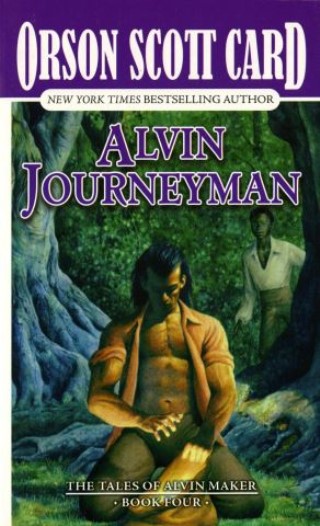 Orson Scott Card's The Tales of Alvin Maker is a series of fantasy novels set in frontier America.

Alvin is a Maker, the first to be born in a century.

Now a grown man and a journeyman smith, Alvin has returned to his family in the town of Vigor Church. He will share in their isolation, work as a blacksmith, and try to teach anyone who wishes to learn the knack of being a Maker. For Alvin has had a vision of the Crystal City he will build, and he knows that he cannot build it alone.

But he has left behind in Hatrack River enemies as well as true friends. His ancient foe, the Unmaker, whose cruel whispers and deadly plots have threatened Alvin's life at every turn, has found new hands to do his work of destruction.
The Tales of Alvin Maker series
Seventh Son
Red Prophet
Prentice Alvin
Alvin Journeyman
Heartfire
The Crystal City