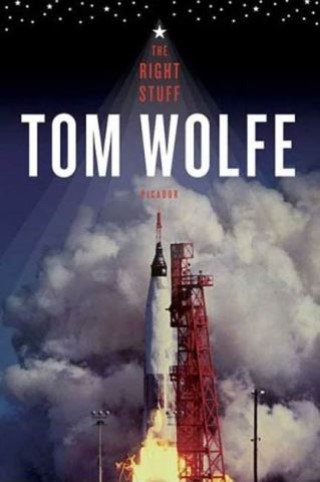 From "America's nerviest journalist" (Newsweek)--a breath-taking epic, a magnificent adventure story, and an investigation into the true heroism and courage of the first Americans to conquer space. "Tom Wolfe at his very best" (The New York Times Book Review)

Millions of words have poured forth about man's trip to the moon, but until now few people have had a sense of the most engrossing side of the adventure; namely, what went on in the minds of the astronauts themselves - in space, on the moon, and even during certain odysseys on earth. It is this, the inner life of the astronauts, that Tom Wolfe describes with his almost uncanny empathetic powers, that made The Right Stuff a classic.

Tom Wolfe (1930-2018) was one of the founders of the New Journalism movement and the author of such contemporary classics as The Electric Kool-Aid Acid Test, The Right Stuff, and Radical Chic & Mau-Mauing the Flak Catchers, as well as the novels The Bonfire of the Vanities, A Man in Full, and I Am Charlotte Simmons. As a reporter, he wrote articles for The Washington Post, the New York Herald Tribune, Esquire, and New York magazine, and is credited with coining the term, “The Me Decade.”