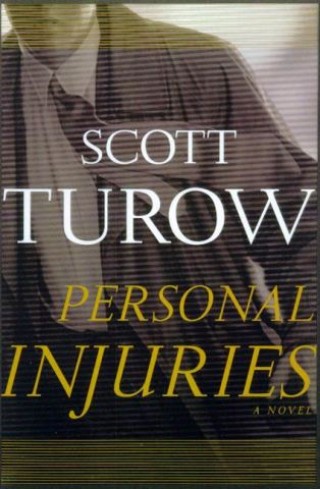 Robbie Feaver (pronounced "favor") is a charismatic personal injury lawyer with a high profile practice, a way with the ladies, and a beautiful wife (whom he loves), who is dying of an irreversible illness. He also has a secret bank account where he occasionally deposits funds that make their way into the pockets of the judges who decide Robbie's cases.

Robbie is caught by the Feds, and, in exchange for leniency, agrees to "wear a wire" as he continues to try to fix decisions. The FBI agent assigned to supervise him goes by the alias of Evon Miller. She is lonely, uncomfortable in her skin, and impervious to Robbie's charms. And she carries secrets of her own.

As the law tightens its net, Robbie's and Evon's stories converge thrillingly. Scott Turow takes us into, the world of greed and human failing he has made immortal in Presumed Innocent, The Burden of Proof, Pleading Guilty, and The Laws of Our Fathers, all published by FSG. He also shows us enduring love and quiet, unexpected heroism. Personal Injuries is Turow's most reverberant, most moving novel-a powerful drama of individuals trying to escape their characters.