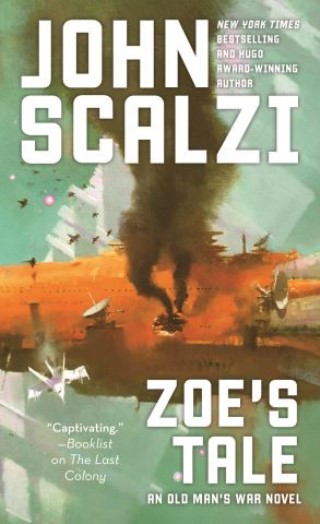 How do you tell your part in the biggest tale in history?

I ask because it's what I have to do. I'm Zoe Boutin Perry: A colonist stranded on a deadly pioneer world. Holy icon to a race of aliens. A player (and a pawn) in a interstellar chess match to save humanity, or to see it fall. Witness to history. Friend. Daughter. Human. Seventeen years old.

Everyone on Earth knows the tale I am part of. But you don't know my tale: How I did what I did — how I did what I had to do — not just to stay alive but to keep you alive, too. All of you. I'm going to tell it to you now, the only way I know how: not straight but true, the whole thing, to try make you feel what I felt: the joy and terror and uncertainty, panic and wonder, despair and hope. Everything that happened, bringing us to Earth, and Earth out of its captivity. All through my eyes.

It's a story you know. But you don't know it all.