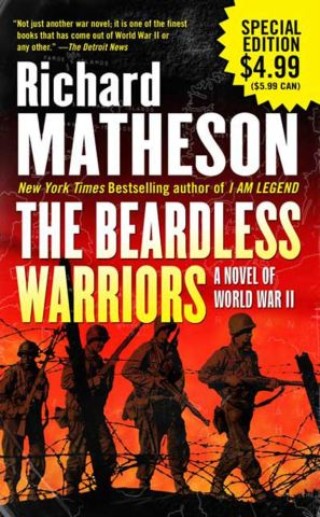 A Novel of World War II

In 1944, long before he wrote such classic novels as I Am Legend and What Dreams May Come, author Richard Matheson served as an eighteen-year-old replacement in the 87th Division during the latter part of the war in Europe. His tour of duty there inspired this acclaimed novel, The Beardless Warriors, about a group of equally young and inexperienced soldiers thrown into the fury of combat.

The Beardless Warriors are a squad of teenage U.S. infantrymen fighting their way across Germany during the final weeks of the war. Under fire and in over their heads, the fresh-faced young men must grow up fast if they ever hope to see home again.

Everett Hackermeyer is the latest soldier to join the squad, "Hack," a troubled youth from a hellish family background, faces a new kind of inferno on the front lines, only to discover hidden reserves he never knew he possessed. Ironically, he doesn't come to value his own life until he runs the very real chance of losing it.