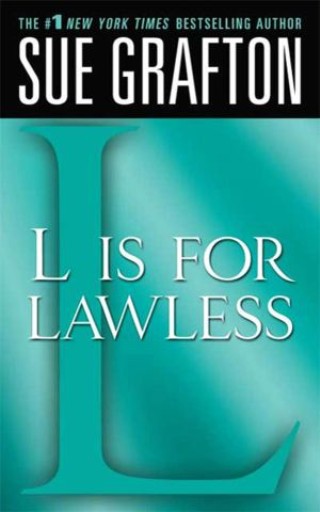 "L" is for Lawless

Kinsey's skills are about to be sorely tested. She is about to meet her duplicitous match in a couple of world-class prevaricators who quite literally take her for the ride of her life.

"L" Is for Lawless: Call it Kinsey Millhone in bad company. Call it a mystery without a murder, a treasure hunt without a map, a quest novel with truly mixed-up motives. Call it the return of Kinsey as bad girl-- quick-witted and quicksilvery, smart-mouthed and smart-alecky-- poking her nose into everyone's dirty laundry as she joins up with a modern-day Bonnie and Clyde in an Our Gang comedy that will take her halfway across the country and leave her with a major headache and an empty bank balance.

America's favorite borderline delinquent is back with her one-liners on tap and her energy level on high, romping through her fastest and funniest adventure in this, her twelfth foray into the alphabet of crime.